This post picks up from my former post on Diagonals, the strongest and most fundamental compositional element which describes how lines were decisive in photographs. My path to become a better photographer has always followed the path of strong Compositions. It is important to understand how lines create a perception of space for the beholder.

Space is a place

We are always in some kind of space, some kind of place, yet we often don’t think about it. We might be reminded when we see a majestic landscape, or a photograph that takes you mind beyond the two dimensional representation. Think for a moment about characteristics of a specific space, or place. Every place is different. It might be inviting, welcoming, cheery, bright, and colorful. It might be bleak, overwhelming, dark, foreboding, mysterious. It might be expansive and open, or it might be cramped and crowded. With each of these informs the photographs works in a different way.

Add the fact that we are 3-dimensional beings. Objects around us exist in 3 planes, but on photographs we work in only 2 of them. The lack of the one dimension means our compositions appear less than lifelike. Adding back the illusion of the missing dimension will add back a sense of reality, a sense of the physical.

So to please the eye we can apply a number of techniques, creating the illusion of space.

As a photography is a two dimensional representation of a reality, is any perception of a third dimension an illusion our brains plays on us. there are many ways to create an illusion of space (implied space) in photography.

Perspective Systems, there are also perspective systems that can be used: linear, isometric, and atmospheric.

Linear Perspective creates an illusion of space according to how we see, with a limited and fixed point of view. Lines appear to come to a point on the horizon and then vanish into space. There can be any number of vanishing points but, but in photography its most common with either one or two.

In One-point linear perspective there is one vanishing point, all lines converge at the same point on the horizon. In photo below is the poles converge at the same vanishing point in the horizon. Notice how the distance of the poles adds to the impression of depth. Linear perspective assumes a fixed and limited point of view of the observer.  Any shift in position of the observer would result in an entirely new arrangement of elements, which would require a new composition altogether. 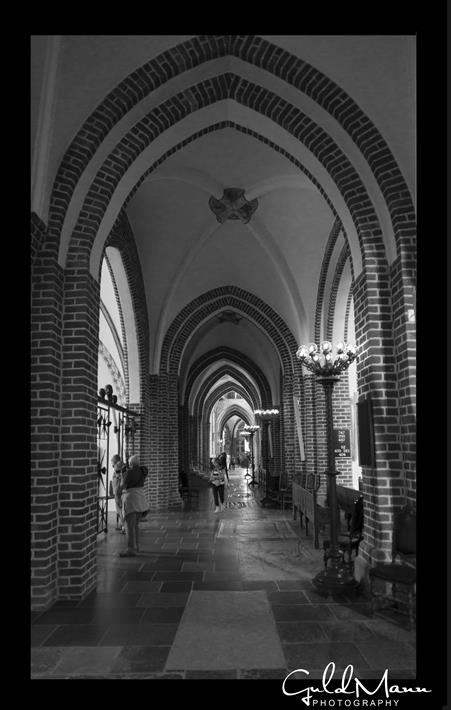 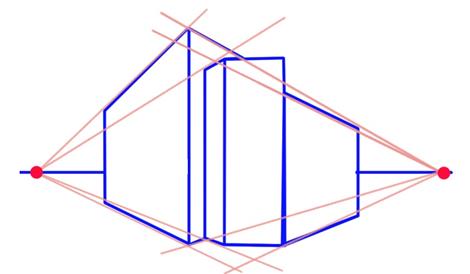 In Isometric Perspective systems
are there no vanishing points and no horizontal lines. All lines remain parallel, or equidistant.  In my panorama photo below is it possible to shift viewpoints throughout the entire composition.

Atmospheric perspective (aka. aerial perspective), reflects how we see objects in the distance compared to objects that are close. Obviously this is yet another trick our brain plays on us, where the effect of the atmosphere on the appearance of objects in the distance is comprehended as a spatial phenome. Imagine yourself in front of field. In the middle of the field is standing a lonely tree. It is somewhat clearly defined: edges are sharp and colors are more intense. Further away in the distance are a number of trees, they are smaller, and less distinct: edges are blurred; colors are muted, and seem to blend in with each other.

Imagine receding lines of mountains. With color changing from a deeper, more intense blue through several tonality of color, each layer lighter and more muted.