Scattered around the land lies small abandoned cottages, the reason why they lie uninhibited is often lost in time. At times the surroundings offer hints of why, a freeway to close to comfort, a fire, and at other times is the house simply not worth for human living due to the state of the property.

Casa de Muñeca is such a house, situated not far from a major freeway in Denmark, the cars humming is loud day and night. The house is easy accessible, parts of it has turned to rumble, yet the main part of the building still stands proud.

I started out visiting the barn, it had a spine-chilling feeling to it, it was clear that this house was going to be an adventure. Right inside in the hay, facing a broken window was a old rusty vintage children tricycle, my mind couldn’t leave the image, and I pondered for how long it has been since this house was a home for a small family. As i went through the ruin it was like the house offered hints of its memory in form of faint signs from it former inhabitants.

From the barn I went through small utility rooms, the structural damage of the house became more evident. Parts of the brick walls was missing, it was like someone was stripping the house from its inner. Windows was missing, leading out to what was clearly once a well kept garden. 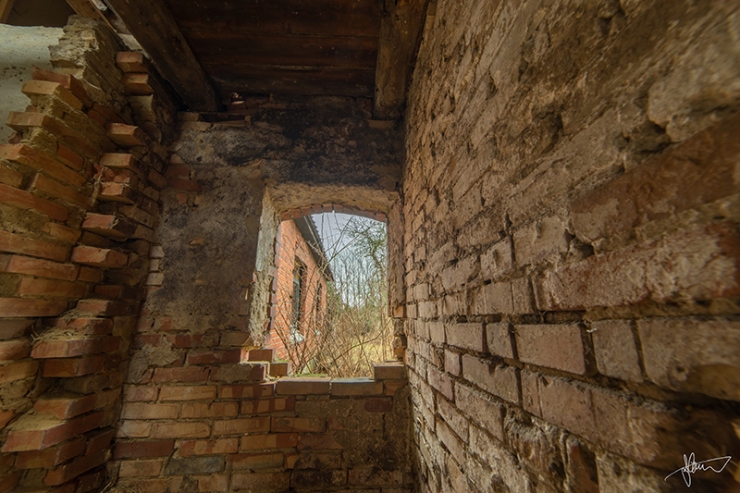 Everything with this time shouted time and decay, look how the door leading out from the barn is barely keeping itself on its hinges.

The adventure led on into the house, everything was a mess. Judging from the smell, was this place used by animals seeking shelters from winter harshness. Broken windows more traces from former times. Inside on a table was a broken doll left and a picture of a child. The image gave this house a story, and I decided to use to use these elements in some of the next pictures.

Upstairs, more traces, a old rusty 1950s baby Stroller. Setting it in context with the doll and the picture gave a ghostly, sad feeling to the picture. 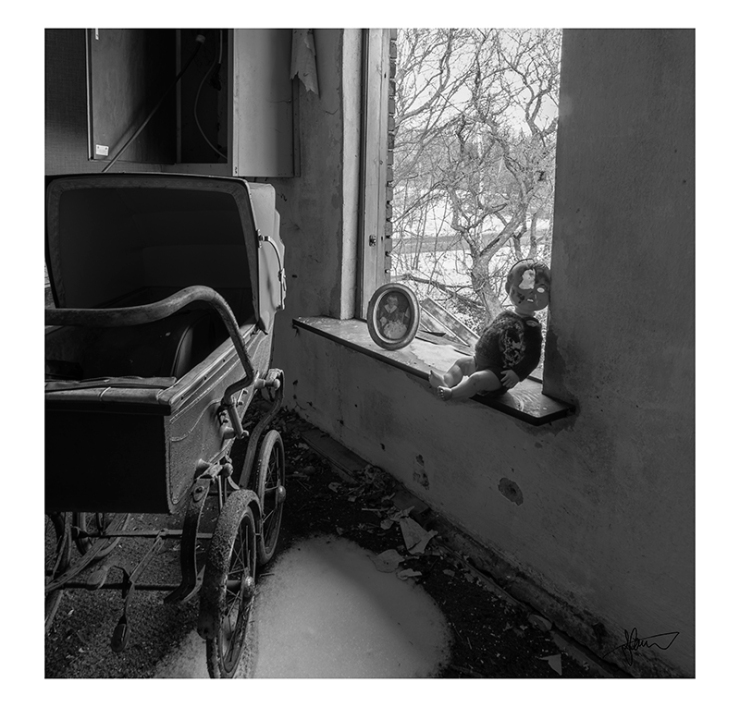 A small adventure had ended, and a story was born “Casa de Muñeca”